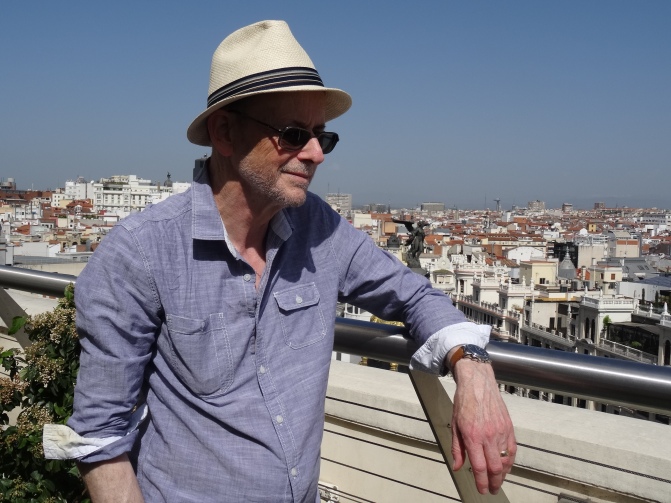 For four years from 1978 – 1982, Pie Corbett and I were teaching in the same primary school, having previously become friends at teachers’ training college. It was a school that served a large estate of houses on the edge of a town that the railway had abandoned under Beeching. There had been very little thought about what those people who lived on the estate actually needed – no shops, no pub, no community centre. Parents brought their problems into school, argued in the playground or sought counselling from the headteacher. 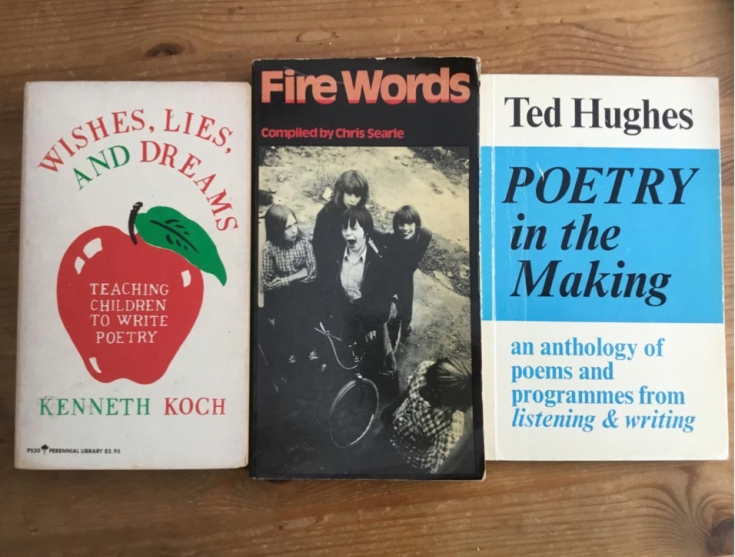 The children brought their own troubles into the classroom and needed sympathetic but firm management. We discovered that many of the children really enjoyed being creative with words. They had imaginations and grasped enthusiastically at the ideas we presented them with. Our own inspiration came from the work of Sandy Brownjohn, from Ted Hughes manual ‘Poetry in the Making’ and from the American poet and educationalist, Kenneth Koch who had produced a number of books featuring the poetry of city kids. We were also impressed with the work of teacher Chris Searle and his publications – ‘Stepney Words’ and ‘Firewords’ which highlighted writing by children in London schools.

I forget whose idea it was but we decided to invite anyone who enjoyed writing to return to school on a Wednesday evening for extra poetry writing sessions with us. We were allowed to run these in the pre-school playgroup hut where we perched on tiny chairs or sat on the floor and wrote from 7.30 till 9 p.m. For our first session 30 children arrived out of the darkness of the estate. Few were brought by their parents, most just walked to school as they would in the daytime.

Pie and I were able to try out ideas that we might have thought twice about using in the classroom. We were surrealists taking our writing beyond the real with no limits to anyone’s imagination. Often we explored three or four ideas each session and children would arrive the next day eager to show us poems that they had completed at home. We wrote with the children too and shared our ideas. They knew that they could comment and make criticisms about what we had written in the same way that we did with their writing. There was no fear of work being marked or graded and the poems were celebrated for what they were. On summer evenings we wrote on location visiting a graveyard, the abandoned railway line, a turkey farm and a spooky house.

We saved many of the poems that were written and put them in a book that we wrote about teaching poetry. We sent it to Oxford University Press as we liked the anthologies that John Foster had done for them. After three months, an editor from OUP range me up and said they wanted to publish it. That was ‘Catapults and Kingfishers’. We were just in the right place at the right time and they’d happened to be looking for a book like ours. It was, they told us, the first unsolicited manuscript they’d published in fifteen years! And that book launched our careers. 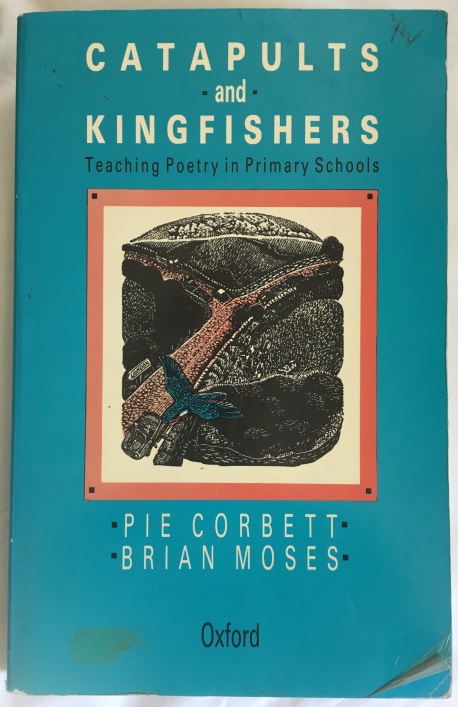 Since those days the school has consistently lounged at the bottom of the league table in its LEA and has been in and out of special measures constantly… but we believed our children were as good as any others. We also had some winners in the WH Smith competition out of some 30,000 entries. ITV also made videos of two of the winning poems.

Recently Kate Long got in touch with me about a writing club that she runs at her school. You can find out more about her work here.

The Able Writers Scheme that I started up in 2002 operates on similar lines. We bring children together from different schools for a day of writing for writing’s sake. The scheme has been successfully run by the Authors Abroad agency for the past eight years and we have over 150 host schools from Aberdeen to the Isle of Wight who organise such days. Information about the scheme and how your school might become a host school can be found here.

The business man Alan Sugar is always complaining that the candidates on ‘The Apprentice’ often lack imagination and creativity. If those qualities are not fostered in schools, then we shouldn’t be surprised at what he says.

Brian Moses has been a professional children’s poet since 1988. To date he has over 220 books published including volumes of his own poetry such as Lost Magic and I Thought I Heard a Tree Sneeze, anthologies such as The Secret Lives of Teachers and the recently published Spaced Out, (edited with James Carter), plus picture books such as Walking With My Iguana and Dreamer.

Over 1 million copies of Brian’s poetry books have now been sold.

Brian also visits schools to run writing workshops and perform his own poetry and percussion shows. To date he has visited well over 3000 schools and libraries throughout the UK and abroad.