The BolognaRagazzi Award for children’s poetry and illustration 2021: a judge’s perspective

I was delighted to take part in judging the first BolognaRagazzi Award for children’s poetry and illustration. The international nature of the award ensures diversity and I had access to poetry books from many languages with translation. Despite the punishing schedule, the number of entries was around 200, the overall experience left me both elated and asking a few questions.

First of all, it was exciting to discover how much well-written, thought-provoking poetry was being written in many different parts of the world that we are unaware of in the UK  –  and how many illustrators were dazzlingly original. I imagine one reason might be a lack of interest in this country (and USA) in children’s books that are not in English and also because small publishers, which probably make up the majority of the poetry books we examined, do not have the funding to produce books in English without buoyant sales.

As is the case with picture books, children’s poetry can tackle almost any topic, however challenging, if it is done well. Some of the books we considered seemed to be more willing to take risks with content than often happens here.  Poetry from Latin America made a big impact as it managed to be thoughtful, child-centred, powerful and cautiously include the political. Several books given a special mention tackled taxing themes. María José Ferrada’s moving Niños, sympathetically illustrated by María Elena Valdez using a muted colour palette, is dedicated to 34 Chilean children who ‘disappeared’ during Pinochet’s regime. Love letter, a tender series of poems with an environmental slant by the accomplished Taiwanese illustrator and author, Animo Chen, is written in Taiwanese script, the mother language for many people in Taiwan but not recognised  officially. The Girl Who Became a Tree,an inventive, verse novel by Joseph Coelho, goes back and forth between the past and present, Greek myth and contemporary teenage trauma, exploring different forms and voices. Kate Milner’s dramatic, black-and-white line drawings demand the reader’s attention, as does the overall graphic conception of the book.

There were other strong volumes from the UK but the jury selected Fiona Waters’ anthology of burning ambition, huge in size and scope, with animal poems for every day of the year, superbly realised by Britta Teckentrup’s stunningly imaginative illustrations.The well-known opening line of Blake’s most popular poem from Songs of Innocence and Experience provided the title.

The winning book, Cajita de fósforos / Inside a Tiny Matchbox, selected by Adolfo Córdova and strikingly illustrated by Juan Palomino, is an inspirational anthology of Iberoamerican, free verse poetry. Cordova’s wide knowledge, careful research, and flair is evident in both his choice of poetry and his understanding of what would amuse and stimulate young readers.

Should we consider anthologies and single poet collections together? Could it be argued that poets’ collections of new poems might be treated separately to editor selections of a wide range of poetry from the past and present?

I loved the fact that word and image interaction was the focus of the award. However, this is usually done without collaboration between poet/anthologist and illustrator, but by the publisher/editor, who selects a suitable illustrator to match the poetry – words come first.

Has the role of the book designer increased in importance and should it be more openly acknowledged and celebrated?

In poetry, every word counts, so should the art of translation be given more prominence?

Has the environment become the most popular theme for children’s poetry? It was a strong contender at Bologna, as it should be. No big change there as poets writing for children or adults have always drawn on the natural world for inspiration.

I loved my Bologna experience, learned a lot, was impressed by the quality of the poetry we were judging, found the others on the jury and BRAW organisers most simpatico, and all of us passionate about children’s poetry and illustration. Hope to meet everyone for real in Bologna next year.

Morag Styles is Emeritus Professor of Children’s Poetry at Homerton College, Cambridge. She is the author of From the Garden to the Street: 300 years of poetry for children. She has written widely on children’s poetry and picture books, and anthologised many volumes of poetry for children. She is co-author of Children’s Picturebooks: the art of visual storytelling (2019) with Martin Salisbury and is currently working on a third edition of Children Reading Picturebooks with Evelyn Arizpe. 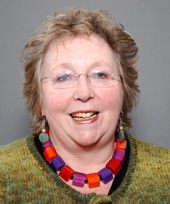 Of Rossetti, Robins and Rhymes: Early Children’s Poetry at the British Library

My head has been deep in the British Library collection of early children’s poetry, some of which has been digitised and is soon to be showcased on a forthcoming website. To be able to see Tommy Thumb’s Pretty Song Book of 1744 in all its glory on the screen is a rare treat. And likely to please young readers as it is full of delightful rhymes and illustrations – and rude in parts!

Sitting on a pole

And poop went his hole.

I haven’t yet looked online at Christina Rossetti’s manuscript copy of Sing-Song: a Nursery Rhyme Book, 1872, but as I have actually held it carefully in white gloved hands I can tell you it is quite wonderful to see her handwriting and her own little pencil-drawn illustrations. Even better is to witness some of the small changes she made to her text. This exceptional collection is not as well known as it ought to be with its tender and lively variety of poetry for young readers.

Something must have been in the air as Lear’s brilliant Nonsense Songs and Stories was published the same year as Sing-Song and Carroll’s inspired parody of Jane Taylor’s The Star just a few years earlier in Alice’s Adventures in Wonderland:

How I wonder what you’re at…

Even now, hard to beat those two great humorists in verse.

I’ve also been revisiting Blake’s dazzling Songs of Innocence of 1789, Browning’s Pied Piper of Hamelin, 1842, his tragic and thrilling tale of mayhem, madness and mendacity, and A.A. Milne’s much loved When We Were Very Young, 1924, with E.H. Shepard’s outstanding illustrations. So many poems in these volumes are still winners with the young. If you haven’t looked at them for a while, they are more than worthy of your attention on the British Library’s website. The new Discovering Children’s Books site will launch in late February 2020.

I was delighted to be asked to write about these works in the context of making connections with contemporary poets writing for children, especially if the British Library or Seven Stories, with whom they have worked in partnership, hold their manuscripts. John Agard, James Berry, Valerie Bloom, Jackie Kay, Roger McGough, Grace Nichols, Michael Rosen, Benjamin Zephaniah and others come into this category and are perfect choices for considering links and contrasts with early poetry when talking about nursery rhymes, humour and storytelling in verse. Many themes that work in children’s poetry are timeless and one of those is the natural world. Poets have always served children well in drawing environmental issues to their attention in a way that makes them care.  Never more important than now.