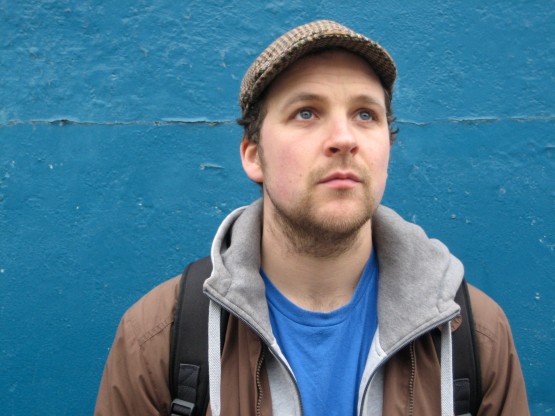 Left Handed Hammer – I Never Dreamed of Being a Writer

“Do me a favour and fetch a left-handed hammer, Stevey”.

It was my first day on the building site and I was eager to impress. My best friend’s uncle Uthan had given me the job as a favour and, as I brushed my teeth that morning, I promised my reflection I wouldn’t let him down. Uthan and the other builders were all seasoned veterans so, as we started preparations to lay raised decking and someone me asked me to fetch a left-handed hammer, I ran off to the van determined to do just that.

Half an hour later, I was still crouched in the back of the old Vauxhall Bedford, holding a different hammer in either hand, desperately trying to decide which one felt more ‘left-handed’.

If I close my eyes and concentrate, I can still hear the polyphony of their gravelly laughs when I returned holding both.

The lesson I learned that morning (apart from never trust anyone on your first day on a building site) was that I’m not great with tools.

Fifteen years later, standing on the stage at the National Theatre in front of a few hundred people, blinded by spotlights, holding the trophy for the CLiPPA award for poetry 2019 in my hands, the three words glowing neon in my mind were, ‘left-handed hammer’.

(Maybe that’s two words, technically, I mean, I’m not fully sure how it works with hyphens).

I never dreamed of being a writer.

Not in the sense of never dreamed it would be possible, I mean I literally never dreamed of being a writer. I had no plan. There wasn’t and isn’t a magical place of recognition or status I’m trying to get to by writing. I am not interested in the ideas of prestige or critical plaudits. What interests me about writing, is how stories can be used to help unlock ideas and possibilities in others.

It’s the thought of someone seeing me as a writer who comes from a background and heritage similar to their own and feeling that their voice now seems more valid to have a place in the world that gets me going, or the characters and worlds I create starting conversations between people about lives and circumstances not always discussed, or maybe just the simple idea that the approachability of my work might spark the confidence in someone to have a go at writing themselves. That’s the most exciting thing about writing for me.

I see my published writing as a tool to initiate these connections. A tangible thing to hold, open, read, share and discuss. A means to let voices be heard. A left-handed hammer to use however you like.

Winning the CLiPPA felt lovely in terms of being recognised as a writer of subjective quality. It felt like a confidence boosting rubber stamp from an organisation and individuals I respect.

But, most of all it felt exciting as a way to potentially share my tools with more people than ever and hopefully inspire them to build worlds of their own.

Birmingham born Steven Camden (Polarbear) is one of the most respected spoken word artists in the UK. Performing his work internationally since 2007, Camden has graced stages from Kuala Lumpur to California.

His debut poetry collection ‘Everything All At Once’ was published by Macmillan and won the CLiPPA Poetry Prize 2019.

Among other successes, He was co-writer and script mentor on the Akram Khan Company’s Olivier Award winning production DESH as well as script writer for LIFT festival’s acclaimed production TURFED.

His first young people’s theatre piece MOUTH OPEN, STORY JUMP OUT, received five stars reviews and is currently on its fifth international tour, with the follow up DARK CORNERS set to tour internationally in late 2019.

He is currently working on his next novel for Harper Collins, a new coming of age feature screenplay and an adult TV drama for World Productions.

Steven spends a large chunk of his time in schools and working with community groups, devising and leading creative projects and sessions, sharing his own unconventional process, hoping to spark minds into using story as a means of expression and collaboration across all boundaries.